Ransomware is an ever-present threat to cyber security worldwide. See how it has affected individuals and organisations with the latest ransomware statistics, updated for February 2023.
06.01.23 Charles Griffiths We provide services such as IT Support for Law Firms, Financial Services companies and more. Compliance and safety has never been more important.

Ransomware is a type of malware that blocks a victim’s access to their data until a ransom is paid. While not as common as phishing, ransomware is still a major threat to individuals and organisations worldwide. In 2021, more than a third of organisations globally suffered an attempted ransomware attack.

2021 saw 623.3 million ransomware attacks worldwide, an increase of 105% over 2020 figures. This can partly be explained as businesses continued to experience issues adapting networks and supply chains for remote and hybrid work. These are not all successful attacks, but rather attempted breaches.

In 2022, the volume of ransomware attacks dropped 23%, indicating that increased government scrutiny and general awareness of the dangers are having an effect.

However, attack methods are evolving. ‘Traditional’ ransomware techniques involved encrypting target data and charging victims a fee for the decryption key. Now, cyber criminals are threatening to release or sell the data if the ransom isn’t paid in so-called ‘double-extortion’ schemes.

Further extortion methods include Denial of Service attacks and harassment via email or phone. The use of all 4 techniques at the same time is rare.

High-profile ransomware attacks have highlighted the sophistication of modern cyber attacks and the dangers facing both organisations and individuals. In 2021, US-based meat production manufacturer JBS paid $11 million in ransom after an attack compromised its operations.

The cost of ransomware extends beyond the payment of the ransom. 20% of the costs are attributed to brand reputation damage.

However, this brand damage means reported ransomware infections may not reflect the actual number of successful attacks – organisations are keen to avoid bad publicity and the associated costs.

Therefore, estimating the number of successful ransomware attacks (attacks that resulted either in data leaks or ransom payments) is difficult. Analysis of websites known to be used by threat actors identified 2252 incidents in 2021, and a further 1858 from January to June 2022.

Between May 2021 and June 2022, there have been an estimated 3640 successful ransomware attacks globally. As mentioned above, these ransomware statistics use publically reported figures; it is likely more ransomware victims haven’t reported breaches in security.

This supports the results from the research of 900 senior non-technical employees (CEOs, VPs and Directors). The research found that just 42% of companies would report a ransomware attack to both law enforcement and a cyber security incident response service.

Of the 64% that have previously been attacked, 88% said they would pay the ransom again if attacked. In the same study, ransomware ranked the highest for the probability of attack at 66%, tied with data theft and ahead of cyber sabotage (62%), supply chain attacks (60%) and DDoS (60%).

Ransomware is intrinsically linked with phishing

The latest ransomware statistics make it clear that phishing is the primary delivery method for ransomware. A recent report found that 75% of 1400 organisations surveyed suffered a ransomware attack, highlighting its continued prevalence in the business world. We offer more insights into the risks of phishing in our phishing statistics guide.

Rather than specifically stealing data with ransomware through phishing, the main aim of the initial phishing attack is to steal credentials. A study of 2249 social engineering incidents found that 63% resulted in compromised credentials, ahead of internal data (32%) and personal data (21%).

Using credentials means hackers can access internal networks as a ‘legitimate’ user. They can potentially escalate their attack undetected and deliver ransomware from within the network, encrypting and removing data before internal teams can respond.

The REvil ransomware group accounted for around 37% of all ransomware attacks committed in 2021. Formed in 2019, the gang operated for 31 months, operating REvil as ransomware-for-service that allowed criminals to use the software on a subscription basis.

The REvil group shut down in October 2021, making it one of the longest-running ransomware gangs – the average gang either shuts down or rebrands after 17 months.

During that time, REvil ransomware was used against thousands of businesses and individuals globally. This included an attack in 2020 on then-President Donald Trump, threatening the release of sensitive documents if a $42 million ransom wasn’t paid. It is not clear whether they actually had hacked any data relating to the President.

One high-profile attack occurred in 2021, when REvil claimed they had stolen data relating to new products by Apple, including schematics for an upcoming Macbook Pro. The group demanded $50 million as ransom.

Phishing appeared to be the primary delivery method for REvil ransomware. IBM’s X-Force observed that incidents involving REvil in 2021 often started with a ‘QakBot’ phishing email. This email would have a message urging the target to resolve an unpaid invoice or something similar. In some instances, hackers would hijack ongoing conversations to insert a malicious link.

When opened, the target would be instructed to unknowingly enable the QakBot banking trojan to be dropped into a system. REvil threat actors could then take command of the operation, conducting reconnaissance and then attempting to compromise data.

A series of ransomware attacks were launched against the Costa Rican government in 2022, forcing a national emergency to be declared as critical systems were crippled.

There were two attacks. The first occurred from mid-April until May, with the digital tax service and IT systems relating to customs control as the main targets. According to estimates, 800 servers and several terabytes of information in the finance ministry were also impacted.

Due to the encryption of data and systems relating to customs control, trade in and out of the country was crippled. Losses from import and export businesses are estimated somewhere between $38 million and $125 million per day.

The ransomware group ‘Conti’ claimed responsibility for these attacks, demanding a $10 million ransom to avoid the data being leaked online.

The second attack targeted the Costa Rican Social Security Fund, which handles the country’s health service. More than half of the servers were impacted, forcing doctors to reschedule 7% of appointments in the first week following the attack.

A group using ‘HIVE’ ransomware were blamed for the second attack. HIVE has some links to Conti.

Ransomware is software that prevents an organisation from accessing its data until a ransom is paid. Examples include trojan viruses that copy the contents of a folder into a password-protected file and delete the original data, and the password is only given when a ransom is paid.

More sophisticated methods allow cyber criminals to encrypt an organisation’s entire data infrastructure. An encryption key is provided once the ransom is paid.

How does ransomware work?

Ransomware works by blocking an organisation or individual’s access to their data. This happens either through software that encrypts the data, or the data is moved to another location.

In either case, access is only granted once a ransom has been paid. The sensitivity of the data that is stored in an organisation, such as personal employee details and intellectual property, means many pay the ransom to prevent further damage.

Ransomware is also successful against organisations as the attack can cripple their ability to function. By blocking access to important files and programs, staff cannot work, freezing or severely impacting operations.

How is ransomware spread?

Ransomware is spread primarily through phishing. Cyber criminals send genuine-looking emails that prompt the target to follow a link or download a file. This then installs the ransomware on the device.

What is the WannaCry ransomware attack?

The WannaCry ransomware attack was a global cyber breach in 2017 that saw more than 200,000 computers in over 150 countries affected.

WannaCry was malicious software that targeted a vulnerability in unpatched versions of the Windows operating system. The hacking group known as ‘The Shadow Brokers’ exposed this vulnerability, which was called ‘EternalBlue’ and had allegedly been developed by the US National Security Agency.

Microsoft released a patch that removed the EternalBlue vulnerability. However, a lack of awareness or education on the importance of updating software meant many organisations and individuals worldwide ignored this patch.

As such, the impact of WannaCry was devastating, infecting hundreds of thousands of computer systems across the globe. The ransomware attackers encrypted data on the affected machines, demanding the victims pay the attackers $300 in Bitcoin to avoid having their data deleted.

WannaCry is estimated to have caused over $4 billion in damages worldwide. In the UK, the NHS had to cancel 19,000 appointments, costing the health service around £92 million.

What is DarkSide ransomware?

‘DarkSide’ is a hacking group that distributes ransomware-as-a-service (RaaS). This ransomware is rented on a subscription basis to other hackers (known as ‘affiliates’) with the original developers receiving a percentage of any profits gained from its deployment.

DarkSide emerged in August 2020, and has since been used in damaging attacks against organisations. On 7th May 2021, DarkSide forced Colonial Pipeline, a major gasoline pipeline running across east coast of the US, to cease operations after the ransomware encrypted critical computer systems.

Despite the ransom of 75 bitcoins (around $4.4 million) being paid quickly, operations were still affected and caused a state of emergency to be declared in 18 states to deal with petrol shortages.

Law enforcement agencies launched an operation to recover the ransom. Since then, $2.2 million in bitcoin has been found linked to individuals using DarkSide ransomware.

How often do ransomware attacks occur?

How many people are affected by ransomware?

Data breaches through ransomware can affect anyone. While ransomware groups typically target organisations as more lucrative targets, around 3700 individuals fell victim to successful ransomware attacks in 2021. This amounted to $49.2 million being stolen from internet users throughout the year. 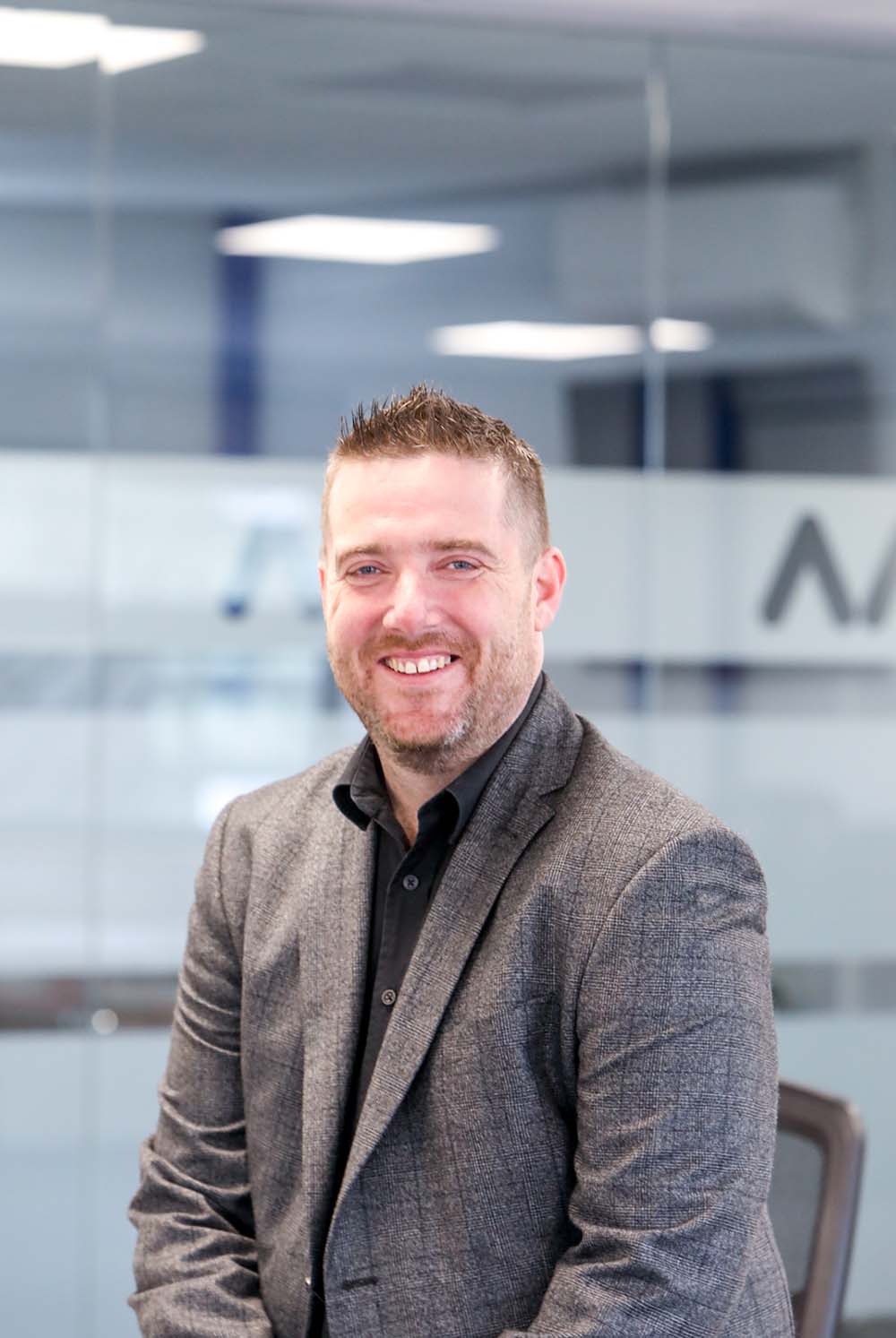 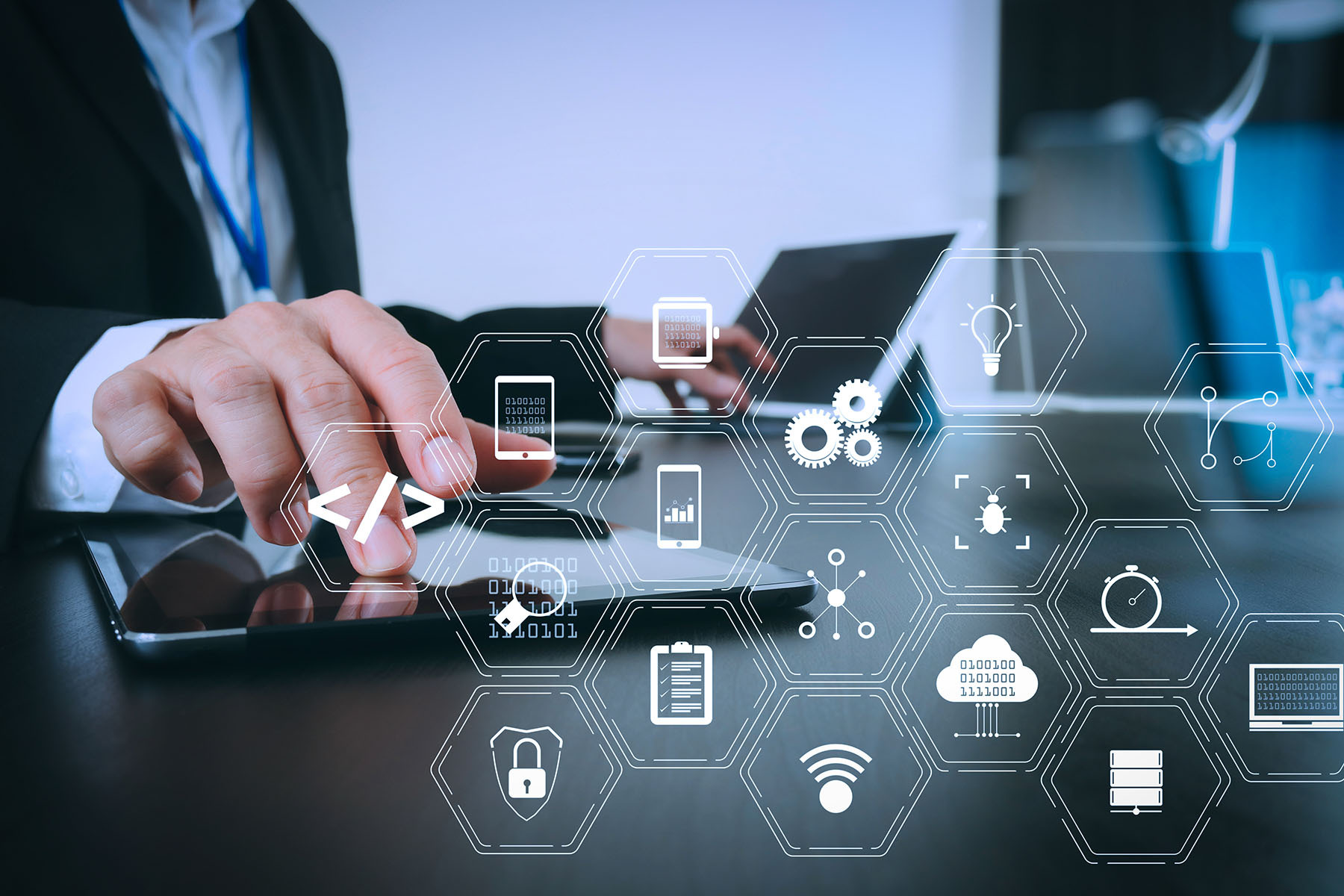 Law firms are under pressure to reduce costs and increase efficiency. The cloud offers scalable, cost-effective computer resources for firms, ensuring lawyers can work productively both in the office and… 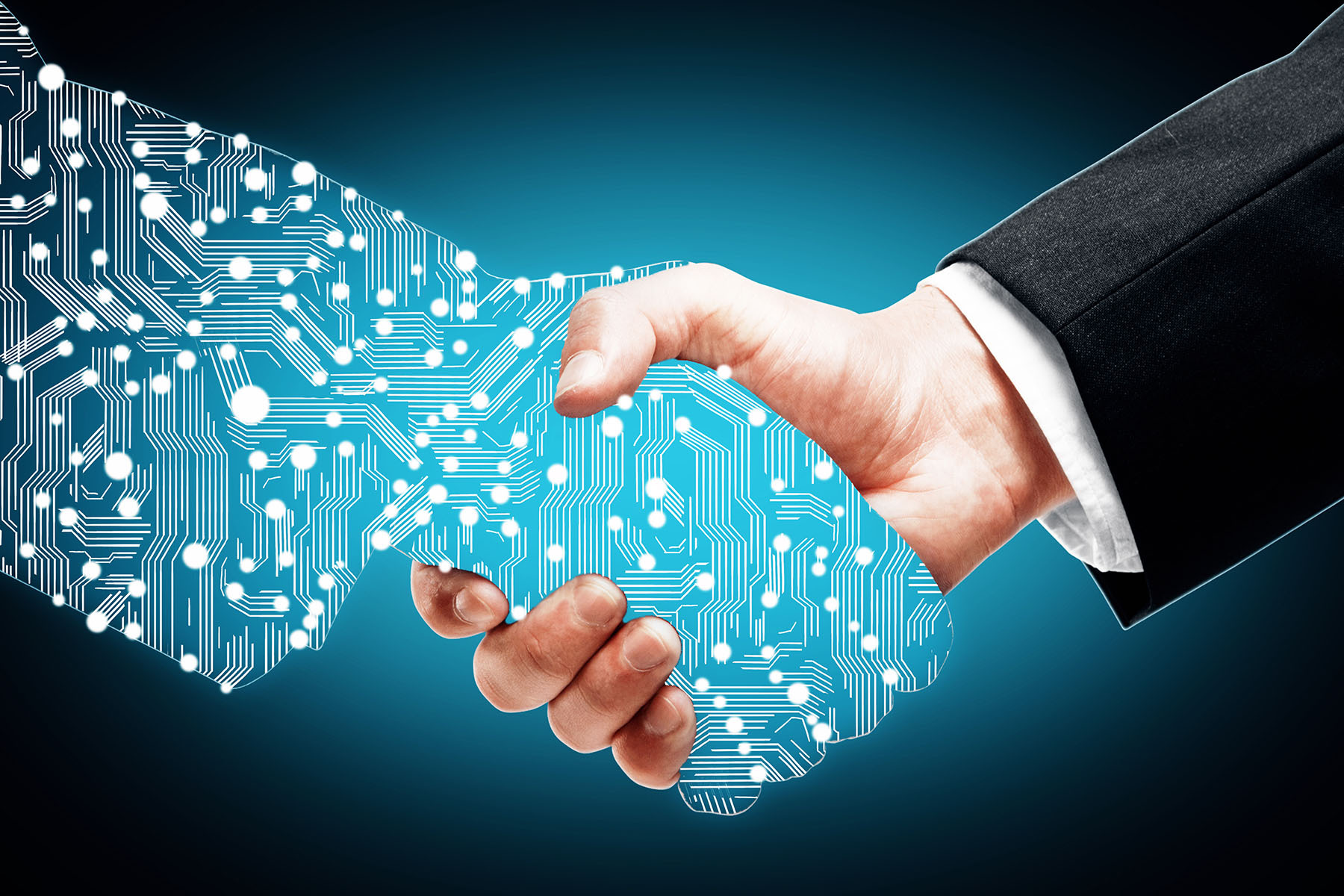 The Future of Law Firms: How Digital Transformation Will Affect the Legal Sector 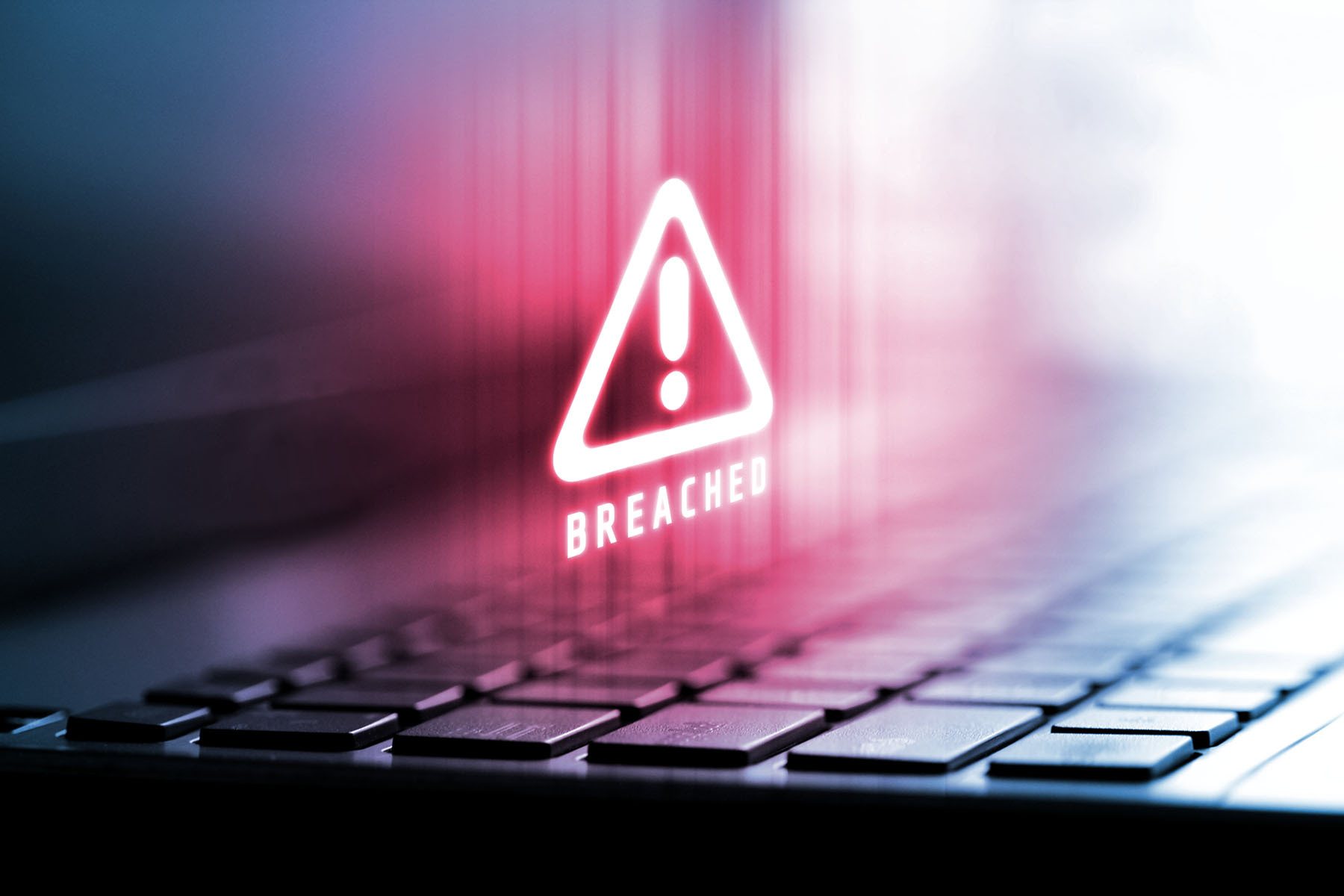 We use cookies on our website to give you the most relevant experience by remembering your preferences and repeat visits. By clicking “Accept”, you consent to the use of ALL the cookies. Read More
Cookie SettingsAccept
Manage consent